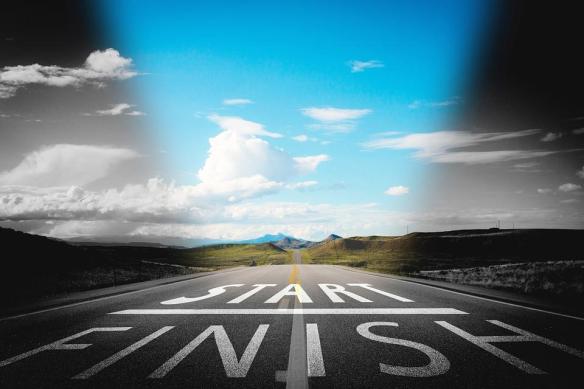 This month our guest blogger is Eric Roberts. Eric is the Vice President of M&A at Blackberry and knows a thing or two about getting things done! A longtime friend of Peritius, we are happy to share his perspective on reaching your goals – the right way.

Sorta sounds like cheating, doesn’t it?  Here’s what I mean – would you ever run a race where you didn’t know the distance or where the course would take you – or when you’d get to stop running?  You just line up at the starting line, someone blows the horn and off you go…your running friend next to you says, “Boy I hope this is a short one – last year it was really long.”  Sound fun?  Of course not, it’s ridiculous!

So why then do we see companies launch new programs or initiatives or even annual planning cycles without first defining what “victory” looks like?  How do we know when to spike the ball?  When to pop the champagne?  After all, we’re going to expend significant company resources… we’re going to have nights where we don’t get to see our kids go to bed… we’re probably going hit all sorts of challenges along the way – wouldn’t we want to know precisely what winning is going to look like… precisely which mountain we’re going to climb?

If you’ll allow me to extend the sports metaphor just a bit longer – one beauty of sports is that the ultimate goal is absolutely crystal clear before the game begins.  In fact, it’s crystal clear before training begins (actually it was crystal clear before many of us were even born!).  And because of that clarity, the coach knows exactly how to prepare her team, exactly what drills need to be run, exactly where obstacles may pop up that they’ll need to mitigate.  Further, every player understands how his/her contribution aligns with the ultimate goal – and stays aligned to that well-defined objective (rarely do we see a swimmer attempt to tackle an opponent!). 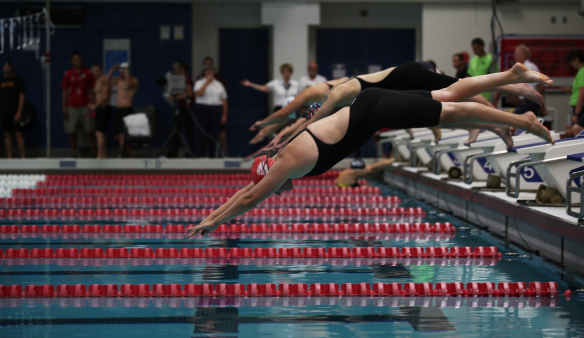 My good friend Laura hit on this a couple years back when she started referring to it as “outcome management”.  I love the emotional clarity that comes with that phrase – that is, rather than managing the program team to work really hard, hold crisp weekly meetings with tight action item lists and schedules (all very important, by the way) – manage the team to carefully defined outcomes.  Use those words: Outcomes.  Victory.  Finish Line.  The words themselves demand a level of focus by stakeholders on the project end goal.  And isn’t that exactly what you want?  A team of stakeholders who understand the ultimate outcome and how their efforts support that objective?

I have another friend who leads large Civil Engineering projects in Wisconsin.  His leadership mantra is FINISH.  It’s so easy to start projects and often easy to get them to the 90% completion stage, and unless you’ve defined very carefully what it means to be done, the team just doesn’t know when it’s there.  The project isn’t finished until that last orange barrel is picked up and the highway is swept clean!

Now, if done properly, this precise definition phase may take longer and be more uncomfortable (especially the first couple times) than you want.  You’ll need to go deep… much deeper than normal.  What are the KPI’s you’ll track and expected levels at the finish line?  How will the ongoing execution and maintenance of the program be resourced after go-live?  What will that ongoing operational budget look like?  These second order measurables not only provide the clarity needed to efficiently execute, but will drive critical activities & behaviors along the execution path.  As an example, let’s say you’re implementing the latest SaaS ERP system.  Do we get to celebrate simply by going live?  What if our defined victory included a customer satisfaction metric that we score at least 80% satisfied /  extremely satisfied within 30 days post go-live?  Now we’re on the hook to not only deliver the system on time, but also deliver a system that end users love.  That drives better use-case capture up-front, a better UI, more rigorous testing, better communication & training with the user community, etc.  By including precise measures of success at the beginning of the initiative, we automatically drive improved program performance (not to mention fewer arguments when we get to the end and resources begin to peel off to the next exciting project).

Finally, a word about leadership in this space.  It’s been my experience that the best leaders have learned this lesson – perhaps without even thinking about it – and live & breathe it daily.  They obsess over defining their vision… including specific words that elicit an almost emotional response, inspiring followership.   (In fact, they probably drive their kids nuts with it too!)  Great program managers intuitively think this way – even project milestones use the right words / phrases / definitions.  This is, in my opinion, one of the most subtle but critical roles a leader plays – it’s a leader’s opportunity to set the bar high and stretch the organization to achieve more than it thought it could. The team can constantly reference that ultimate goal when tough prioritization decisions must be made… when obstacles are met or new team members join.  Imagine if every employee in your company (project, initiative, endeavor) not only understood, but could articulate what victory looked like (completely) AND was able to describe exactly how his/her effort contributed.  Wow!  Sounds like productivity.  Sounds like autonomy.  Sounds like the foundation of accountability.  Sounds like victory!

Next time you kick off a new initiative, project or annual planning process (yep – it’s almost September already!), start by defining what “finished” will look like – be manic about it.  Buy the team pizza, lock yourselves in a room for an all-nighter and come out the next morning with a concrete definition of what it will look like when you win – establish an expectation of victory!  If you can do that, execution is easy.

Peritius Consulting was founded in 1989 by Laura Dribin after years of working with companies such as Arthur Andersen – Consulting Division (pre-Accenture), Discover Card (when Sears still owned them) and Microsoft (when Bill Gates still sat in team meetings. Note: This history is not to point out how old Laura is, but a little background on the company. Today, Laura is happily challenged by growing her consulting firm and gilding her empty nest!
If you want to contact Laura, you can reach her at ldribin@peritius.com